I nearly stumbled down the grassy hill after Theresa punched me in the stomach. My left arm struggled to hold on to the books in the crook of my elbow. The right one, swinging free, hung limp. It seemed the fear was more significant than my humiliation. I couldn’t fight back.

Theresa’s rage quickly turned towards my sister. For just a moment, I felt relief that I wasn’t her target anymore. But I did nothing to stop what was coming. My sister had her ponytail pulled so hard; I could see the redness of her scalp and little spots of blood from the ripped out hair. Still scared, I knew this aggression was far from over. The sinking feeling in my stomach was causing havoc on all the nerves in my body. I wished so hard not to be there anymore.

Why were we being attacked? What is it I was supposed to have done to Theresa for this aggression towards my sister and myself? I was so confused. I was scared too. So scared.

Theresa turned around to me again with a look that backed me way down into myself. She threatened my life, and I believed her. Then she slammed her open right hand so hard up against the left side of my head, leaving me with nothing but loud ringing in that ear. It was surreal. The left side of my whole body felt numb and on fire at the same time, while the right side was still part of the ordinary world. She glared at me as we both precariously stood on the hill. She’d braced herself into the hill, and I’d leaned slightly back, securing a foothold in the grass. I remember hearing her mumblings in my head after a bit, but for the life of me, not one sentence in my mind was coherent. I still can’t remember what she said or what I replied. Whatever it was that I uttered, the words seemed to appease her. I’d managed a reprieve for myself and my sister. Our tormentor finally left us alone and walked away.

I can still remember the colors of the grass. And the everydayness of that regular walk to the house. The smell of the wind wasn’t meaningful, and nothing was out of the ordinary. It was all just so average. In a second, all that changed to me becoming a bruised emotional wreck along with my sister. That afternoon was awful. Bathed in fear, I was feeling about as small as anyone could get. But I remember still being happy to have walked away relatively unscathed. This attack happened, for no reason other than Theresa had a bad day. She was a bully, and we were her targets du jour. We happened to cross paths with her on the way home from school — lucky us being in the wrong place at the wrong time.

In looking back, I realized courage was lacking in me that day. Self-preservation was the instinct on that hill. But it stirred a resolve in me. I wasn’t going to back down anymore. I realized I shouldn’t be afraid to stand against anyone who would seek to harm me or anyone else who was vulnerable. I wasn’t going to be intimidated anymore. 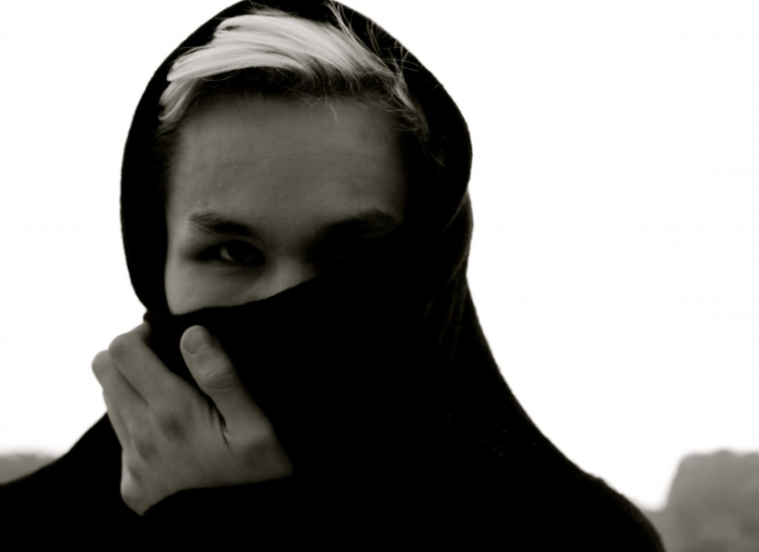 Joy feels like exposure to the harshest elements.
In showing it you become a pawn
in the game of advantage
like taken of that is.

Allowing happiness to make an appearance,
well, that’s just a sin.
“Be humble, accept things with grace,” they said.
As they shushed my feelings out of jealousy.

Feeling like a kernel doubling in size,
well, that’s just ruinous.
“Let’s not have a grandiose, public display,” they said.
As they swatted my butt out of anger.

Having intensity acknowledged on the surface,
well, that’s just suicide.
“Behave yourself!” they said.
As they locked me away with a pious vengeance.

Where did it ever get me to give a voice
to what bubbles up happy tears and excitement?
Hide your feelings, stomp them down reactions was all I ever got.
Because no one really wanted to meet the real me. the calamity
weighed down
forcing
the innards
out

revealing
wounds
unleashing
the crying girl
in the corner

the eruption
of emotions
expanding
her chest cavity
burgeoning

murky depths
led
to the dark matter
filling
the hole within

the rage
agitated hate
the injustice
trapped
and bubbling

the fear of implosion
imminent
the voices
of the past
scolding

an excruciating wait
for the release
from
this
hell

Didn’t know what monsters were, then I met some angels.
Susi Bocks

A
brightness
permeates
in and around
the air. So joyous,
feeling light and free now.
Let’s enjoy this wondrous time.
Come play like in our youth again.
No one and nothing could bring us down.
Do you remember how you felt back then?
We escaped into our own little worlds.
Fantasies filled with fresh scenery.
Everything was possible then.
Rich daydreams colored our world.
Sun, fun, and games all day!
Innocent children
at play again.
I sure do
miss it,
friend.

Opening the lid to the past.

Staying there is tempting,

in the good ‘ole days.

But were they really?

Boxed memories are nearly all good.

Who saves the crap?

Those moments slowly come back too.

Time to close the lid. 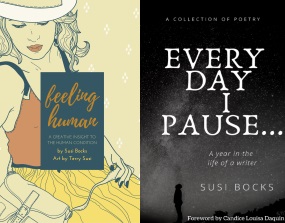 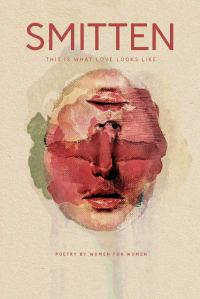