it’s a daily challenge
every minute
of every day

the beginning of acceptance
or true insight
not really sure

i will not know it though
sure doesn’t seem fair

Originally published 8/13/2018 on I Write Her. Reposted with revisions.

Join 3,548 other subscribers
Follow I Write Her on WordPress.com 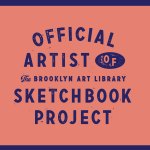